Leaders from 30 special districts convened in Philadelphia June 25 for the second of five live Special Districts Summits for 2019. Keynote speakers and panelists tackled topics ranging from modernizing and protecting critical infrastructure and systems to eliminating paper and leveraging real-time data. Here are a few important takeaways from the event:

Special districts are government’s problem-solvers: Former Philadelphia Mayor Michael Nutter, in a keynote speech, said the city frequently forms special districts to address problems or tackle issues that are difficult for traditional governments to address. For instance, the Center City District was created in the early 1990s with downtown businesses to clean up litter and strengthen public safety. And the City Avenue Special Services District is a partnership between the city of Philadelphia and Lower Merion Township in Montgomery County to improve cooperation between police departments in the two jurisdictions and promote economic improvement along a three-mile corridor.

“What I find so interesting about special services districts is they have more flexibility and speed than traditional government,” said Nutter. “So if the city of Philadelphia or Lower Merion can’t do something, we might create these new structures to do what citizens want.”

He added that close cooperation between special districts and traditional agencies produces powerful results. “Your active engagement and partnership with the local government is critically important to the life, liberty and the pursuit of happiness of citizens.”

Special districts are first responders: Bruce Moeller, former fire chief and city manager of Sunrise, Fla., said almost all special districts have a role to play during emergency situations, and he urged special district leaders to take steps to improve their resiliency and communications capabilities.

“I have often coordinated with special districts when handling a disaster,” said Moeller, who dealt with Hurricanes Andrew and Katrina as a city official. “Transit districts, water districts, airport districts – I’ve needed all of these specialties. I’ve had to call buses in at 2 a.m. to transport people from damaged buildings; I’ve had to house people in libraries.”

He said FirstNet, the dedicated national communications network for first responders, is a vital tool for connecting special districts to other units of government during emergencies. “You need to explore FirstNet now. You can’t wait until an event happens,” Moeller said. “You need the capability to talk to other first responders. In a crisis, we all need to be able to work together.

Even small districts can improve user experience: When Jonathan Klotz became executive director of the Mount Pocono Municipal Authority in 2018, the small water and wastewater district was overflowing with paper maps and documents, and it lacked electronic payment options for customers. Klotz worked with the nonprofit Rural Community Assistance Partnership to secure a $75,000 grant package for technology upgrades and used the money to launch a sweeping modernization campaign. The initiative included digitizing existing maps and blueprints and deploying modern GIS technology, as well as new cloud-based electronic document and citizen portal software.

Klotz says the key to success is creating a mindset for innovation and forming a solid vision for the future. “Once you know where you’re going, you can start working toward your goals,” he said. “You also need to get your team prepared for change. They need to be onboard.”

Not only is the modernization initiative bringing new services to the authority’s customers, it’s having a dramatic impact on employees. “We’re freeing up our staff to use their skills,” said Klotz. “And we’re increasing employee satisfaction with the ease of work.”

This information is crucial for guiding effective cybersecurity and infrastructure security efforts, Brewer says. “You end up with a checklist and you know the resources you need to move forward. We see organizations spending tens of thousands of dollars without understanding what they’re protecting and why.” 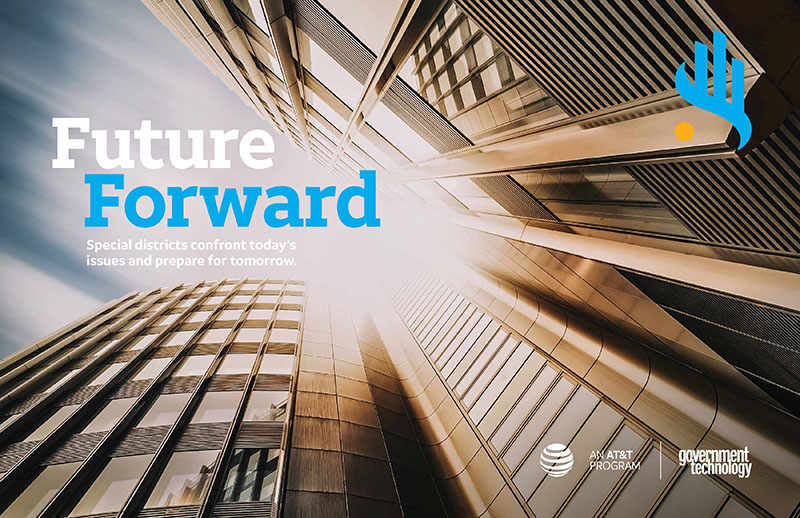