The Motion Computing J3500 tablet PC with capacitive dual touch is optimized for digitizer and touch input, and users can easily switch between input modes. It has a 12.1-inch screen made of Corning Gorilla glass, which offers up to four times the durability as standard glass, according to the company. The tablet comes with up to 4 GB of RAM and either a 160 GB hard disk drive, or a 64 GB or 128 GB solid-state drive. There's also a 3.0-megapixel documentation camera and integrated Gobi2000 mobile broadband with GPS. 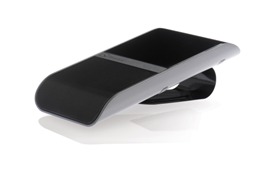 BlueAnt claims that the S4 is the first hands-free speakerphone that lets users communicate completely through voice commands. By saying "BlueAnt speak to me," users can make and receive calls, and hear messages and e-mails from BlackBerry smartphones and Android 2.0+ devices. The S4 provides up to 20 hours of talk time, with 700 hours of standby time. The S4 also provides access via Microsoft Bing to stock quotes, movie times, weather, sports, news and traffic updates by voice command.

Lenovo's ThinkCentre M90z all-in-one packs a traditional desktop into a 23-inch display. It's equipped with an Intel Core i5 or i3 processor, DDR3 memory, selection of hard drives or a solid-state drive, a DVD player and optional Wi-Fi/Bluetooth. For efficient video conferencing, the M90z has 2-watt speakers, digital array microphones for better voice clarity with a physical mute button, and a 2-megapixel HD Web camera with a physical on/off switch.

Using SD WAN to Prepare For a 5G Future

5G Ready: Preparing Your Organization for the Future

How a Data-to-Everything Approach is Transforming Higher Education

Colleges and universities store vast amounts of data, but they generally don’t do a good job of using it. Today, amid COVID disruptions, a new blueprint for IT leaders shows how universities could make better use of data to drive student achievement.

With millions of Americans suddenly out of work, state unemployment systems are struggling and many are buckling under the surge in demand leading to system failures and slowdowns.