Imagine working in an environment where more than 50 languages are spoken. How would first responders communicate with the victims during an emergency?

In February 2004, this was an issue for more than 2,000 employees at the John Morrell pork plant in Sioux Falls, S.D., when ammonia diffused throughout the facility, causing a mass evacuation during frigid winter temperatures. More than 100 people were injured. Erroneous calls and a major language barrier hindered the Sioux Falls Fire Department's initial stages of response.

"Initially the call was [that] someone was injured in a piece of machinery, and it was later changed to a minor fire," said Jim Sideras, the department's fire chief. "When crews got there it was just one fire truck and then they realized that it was a significant event. The first call always seems to be wrong."

Ammonia - a colorless, pungent gas - is commonly used as a refrigerant and for food preservation at meatpacking facilities. Exposure to the gas usually causes irritation to the respiratory system, eyes and skin. Though the gas is mostly harmless in small doses, inhalation in high concentrations can cause lung damage and even death.

Because ammonia is considered a toxic chemical, the U.S.

Occupational Safety and Health Administration requires that it be handled as a hazardous waste, which meant response needed to be swift, organized and well executed, despite all the obstacles.

Obstacles Aplenty
With so many variables involved - lack of equipment, communication barriers and weather - emergency responders faced many hurdles to gain control of the situation.

The response was divided into three operations: a rescue operation to evacuate people who were in the plant; a hazardous materials operation to handle the leak; and an emergency medical services (EMS) branch to provide medical treatment.

"When you think about RPMs, you think about cars and what a red line is. When the respirations are over 30 [per minute] they're going to be classified as red. If they have a capillary refill, which means you push down on your thumbnail and it's longer than two seconds [for color to return], that is going to be a red," Sideras said. "What that means is they are not perfusing very well and might have internal bleeding or hemorrhaging. So that's what "P" is: perfusion. The M is mental status. If they can't answer simple questions and squeeze my fingers, they could have a head injury. So those would be classified as red."

Emergency responders worked around this obstacle by using ribbons, but South Dakota has since implemented statewide triage tags, which means care is consistent and responders are on the same page.

The wintry weather and communication barriers - multiple spoken languages and inconsistent radio reception - were other obstacles for first responders. "One of the difficulties was that the incident happened in February and in South Dakota it's about 10 degrees out," Sideras said, adding that responders weren't prepared to handle a mass casualty event indoors. "We also had difficulty with communication, because where we set up the treatment areas indoors, for some reason we could not get the radios or cell phones to work very well, so sometimes we actually had to go outside to use the radios." 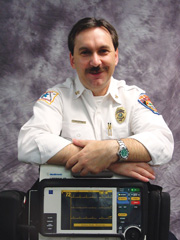 Although the fire department couldn't do much to solve the patchy radio and cell phone reception, they overcame on-site communication barriers using interpreters to ascertain information from casualties to help with triaging. "The plant has interpreters. They are identified by a certain color of hardhat. We did have some people who were actually interpreters, and we also had some people who were bilingual and could help," Sideras said.

As for radio communication, the department's crew had to trek inside and out to correspond with each other and the hospital. Even though communication was hampered, having direct contact with the hospital's emergency department helped immensely.

"It worked out," Sideras said, "but if we didn't have cell numbers for the direct lines into the hospital ER, it would have been much more difficult because we would have been trying to get through switchboards."

Problems Dissipated
Emergency crews controlled the incident by improvising on scene and using their resources - fire department tags and translators - wisely. The hazardous materials team stemmed the ammonia leak by allowing it to dissipate in the air.

With the situation under control, both teams rest assured that business could resume normally. Sideras said he's confident that if the incident were to happen again, the response would go much more smoothly with all of their lessons learned.

"Break everything down into three to five things, work on them and figure out how to meet those things to reach your strategic objective," he said. "We teach our incident commanders, we critically review every incident we go on ... every major incident. The first question is, ‘What were your strategic goals?' A lot of people are doing the task before they know what the strategy is for the incident."

How do you Protect a Community From an Odorless, Colorless, Deadly Threat?

How Salesforce is Supporting Contact Tracing in the Public Sector

“In today’s hyper-competitive business environment, harnessing and applying data, business analytics, and machine learning at every opportunity to differentiate products and customer experiences is fast becoming a prerequisite for success.’’